I have a new book coming out soon - Gayday! Gayday! and the fantastic Chris from the Stumbling Over Chaos blog is giving away a copy. You can enter the give away here.

I'm also over on the Hitting the Hotspot blog profiling a couple of my e-books that have been converted into audio books. You can check out that post here.

And, since I have very little else to share writing wise at the moment, you might rememebr that a little while ago I showed you a picture of a crochet blanket I was just starting. At that time, it looked a bit like this: 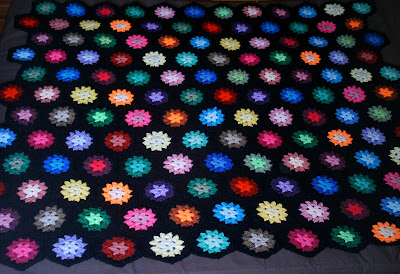 The next blanket is already 1/4 done. It's solid coloured granny squares with black borders, if you're wondering :)

Have a great weekend everyone!
Posted by Kim Dare at 19:14 4 comments:

New Cover Art - The Strength of a Gamma 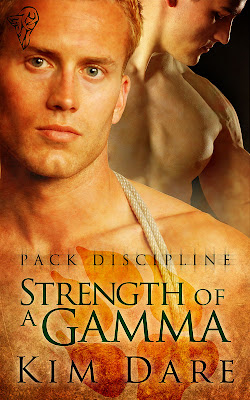 I got a new cover yesterday. It's for The Strength of a Gamma - the second book in my pack discipline series which is due to be released this November.

Here's the blurb to go with it:

Gamma wolf Steffan may have been in love with his best friend for years, but he knows that’s not enough. Francis deserves a more dominant mate, and Steffan intends to make sure he gets one.

Steffan has been best friends with Francis ever since the younger wolf joined the pack after his own parents died. He’s been in love with him for just as long. But when a new beta joins their pack, he knows it’s time to step aside and let Francis form a bond with a more dominant wolf.

Francis has no idea why Steffan’s been acting so strangely since the new wolves joined their pack. When he discovers the truth, he starts to question things he’d never thought to doubt before. What if he has no interest in a dominant mate? What if he could find the perfect partner far closer to home?

Everything is about to change for Francis and Steffan. The only question is: are the gammas strong enough to cope?

And here's a bit about the first book in the series while I'm at it. The Mark of an Alpha was released last January :) 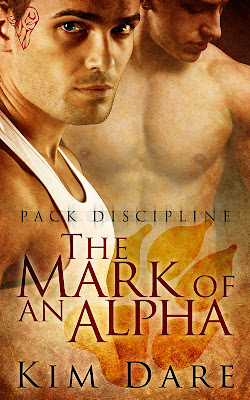 Dominance and submission mean different things to werewolves than to humans. Once Marsdon and Bennett try things the human way – nothing can ever be the same for them again.

Werewolf tradition is very clear. The alpha pair is the corner stone of the pack. Equality between the alphas is everything. Alphas mate with alphas.

Human leather clubs work to different rules. Dominants mate with submissives. Power is exchanged freely and for the ultimate pleasure of all. Sometimes the most alpha men in the club find happiness with the most omega men. And sometimes the omegas are more than they first appear to be.

A wolf might be able to hide his identity and play anonymously in those clubs for a little while, but he can’t ignore reality forever. Marsdon and Bennett have lives to get back to, they have packs to return to… they have wolfen traditions to follow.

They have just one more night together before they have to lose each other forever. All they can do now, is make the most of it.

The Mark of an Alpha is available here.

Have a great weekend everyone!
Posted by Kim Dare at 11:15 3 comments: 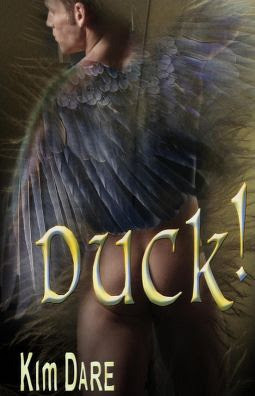 Raised among humans, Ori Jones only discovered he was an avian shifter six months ago. Unable to complete a full shift until he reaches his avian maturity, he still can’t be sure of his exact species.

But with species comes rank, and rank is everything to the avians. When a partial shift allows the elders to announce that they believe Ori to be a rather ugly little duckling, he drops straight to the bottom rung of their hierarchy.

Life isn’t easy for Ori until he comes to the attention of a high ranking hawk shifter. Then the only question is, is Ori really a duck—and what will his new master think when the truth eventually comes out?

A little while ago, I came up with an idea for a new book. It's based on the ugly duckling fairy tale. It seemed harmless enough at the time. Little did I know...

Here are a few that have cropped up... (apologies in advance for my slightly dodgy photograhic ability) 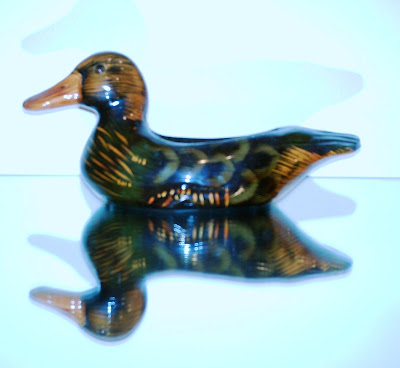 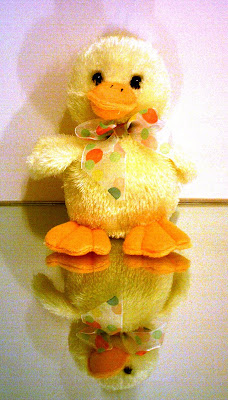 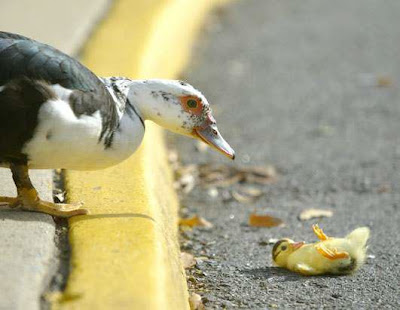 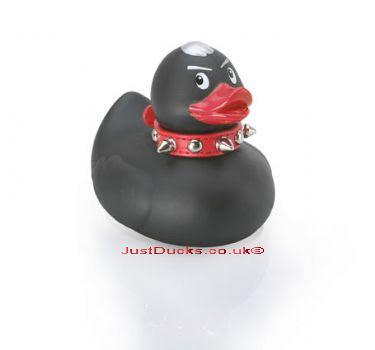 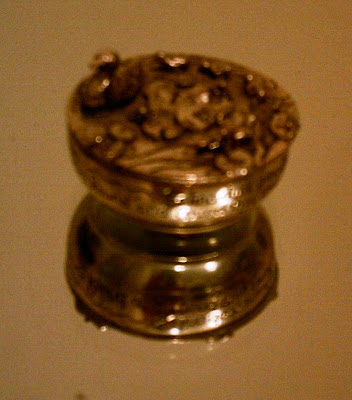 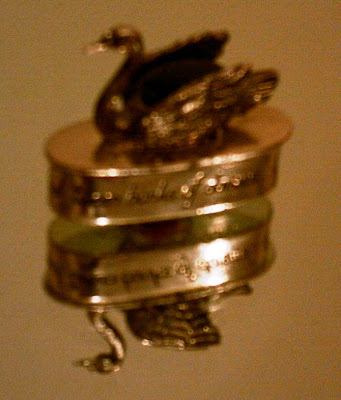 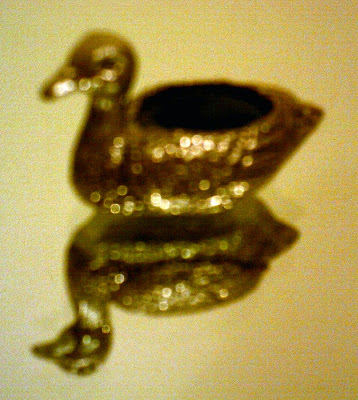 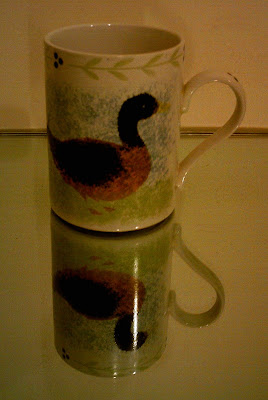 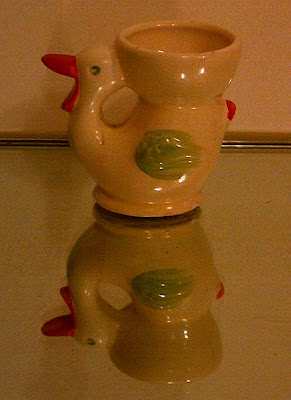 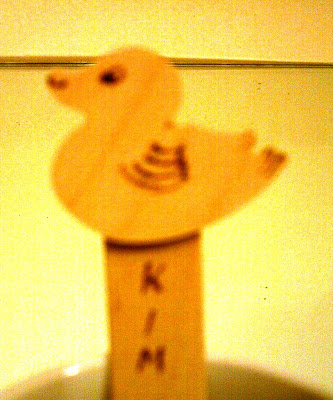 And my favouorite of all - this one was a present from my parents to celebrate the book coming out tomorrow. It's made from a duck egg: 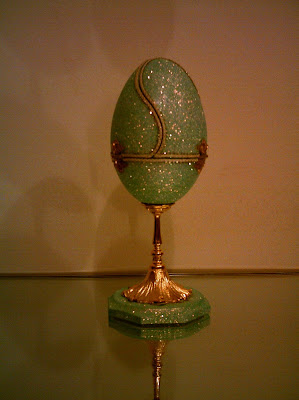 And when you open the duck egg you find... 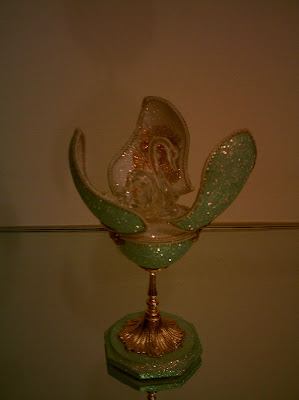 The photos really don't do it justice! 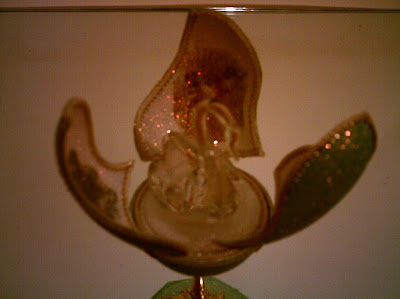 So yeah, I'm being stalked. All things considered I guess it could be a lot worse, lol.

If you want to know more about the book and the characters who started all this trouble. There's an excerpt here.

Until 7pm EST you you can also enter for a chance to win a copy of Duck! here. 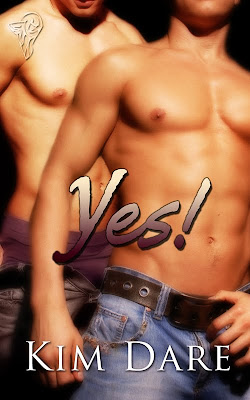 Can Andrew really spend twelve hours saying no to everything Stephen offers him? It’s not going to be easy, when all he wants to say is - Yes!

Andrew likes sex. If someone he’s attracted to wants to have sex with him, he’s not going to say no to them. That’s not a character flaw, it’s just common sense.

Stephen seems to think otherwise. He’s sure Andrew is incapable of saying no to a cheap thrill. But, at the same time, he’s more than happy to provide Andrew with the prefect opportunity to prove him wrong.

Andrew has no doubt that he can say no to everything the younger man offers him for the next twelve hours, and that’s all he needs to do to win their bet. He’s also quite looking forward to cutting the would-be dominant down to size in the process. Because, while he may be easy when it comes to vanilla encounters, Andrew has high standards when it comes to dominants.

There’s no way an inexperienced nineteen year old is going to receive his submission. Andrew will obviously find it easy to say no to that. Won’t he…?

And here's a quick excerpt:

“Are you calling me a slut?”

“I’m merely making an observation,” Kevin’s friend corrected. “You seem to have trouble saying no to men.” He swallowed a mouthful of his coffee and set the mug down on the low table between them.

Andrew Holt raised an eyebrow. He took a sip from his own steaming mug and carefully considered the young man sitting opposite him. He was certainly the type of man Andrew would enjoy saying yes to.

If he hadn’t turned up on Kevin’s arm, Andrew was quite sure he would have said yes, along with far more interesting things, to him weeks ago. However, while Andrew might not be willing to admit to having many morals, he did have standards. Poaching his friend’s lover was beneath them.

A bit of harmless flirtation on a quiet Saturday morning was quite a different thing, he reassured himself. There weren’t any other attractive men in the coffee shop—Kevin would understand how easy it was to get bored in that situation.

“No.” Andrew smiled across the coffee table. “I appear to be quite capable of saying the word to you.”

Kevin’s friend met his eyes and held his gaze for several long seconds. “I’ve never asked you anything that would tempt you to say yes to me.” As serious as he was obviously trying to appear, a hint of a smile continued to play around his lips.

Andrew sighed. For all his faults, knew when the ice was getting thin. It appeared Kevin’s new guy really was Andrew’s favourite type—cheeky, cute and ready to play. If he wasn’t very much mistaken, there was also something about Kevin’s friend that hinted he had the potential to be a very interesting dominant in a few years’ time.

Andrew set his coffee mug and his inclination to give in to temptation aside. “He may be a submissive, but Kevin would still have your balls on a platter if he found out you were screwing around behind his back. Mine too, if I was the one stupid enough to help you cheat on him.”

The guy’s gaze didn’t falter. “Kevin has no interest in any part of my anatomy—on a platter or otherwise. And I don’t think you’re his type, are you?”

Andrew brushed the issue of his own relationship with Kevin aside. Perhaps two submissives could find a way to have some fun with each other, but he’d never been particularly interested in finding out what sort of fun that was. But if Stephen wasn’t involved with Kevin…that really could make things interesting.

“Kevin’s aware that he has no interest in you?” Andrew studied the other man’s responses very carefully. His friend had certainly seemed taken with the guy last time he saw him.

There was no hesitation, no guilt. The guy nodded. “That’s right.”

Andrew nodded, filing that little snippet away in a file marked—yippee! “What was your name again?”